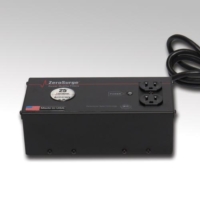 Problem: Wendy’s could not shake serious downtime issues at scores of locations. Critical POS equipment – including cash registers and other sensitive electronics – was being damaged by powerline surges. In this environment (and in addition to lightning-induced surges), heavy-duty kitchen equipment cycling on and off was regularly degrading the equipment. All too frequently, the resulting interruptions brought business to an unexpectedly sudden standstill. Conventional surge protectors were not doing the job over time.

Solution: An in-depth engineering evaluation of Zero Surge’s plug-in and panel mount products was conducted. Then, restaurants having high POS register downtime were retrofitted with these advanced power quality filters. Subsequently, the results were so successful that more than 1,000+ company-owned locations in the United States and Canada were equipped with Zero Surge products to protect the POS systems, office computers, and digital menu boards. Today, after more than a decade of this protection, the chain reports a healthy “surge” in documented uptime and productivity with no protection technology failures. Zero Surge technology is specified into new builds and remodeled locations.

Solution: After being introduced to Zero Surge through a local technology group, the new Director of IT at Hunterdon Healthcare System (HHS) called upon Zero Surge to consult with his team about problems they were having. It appeared that using battery backup systems alone were not protecting critical network equipment. An evaluation using the 2R Series products began at one problem location in April of 2019. Due to its successful outcome, HHS began installing the products in various other locations and continues to keep its critical equipment Zero Surge protected. In response to COVID-19 crisis, HHS set up an emergency screening tent and needed Zero Surge’s 2R20W units to protect the IT equipment. Because we manufacture in the US, we were able to have units ready the same day. 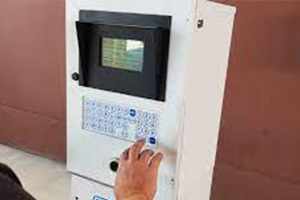 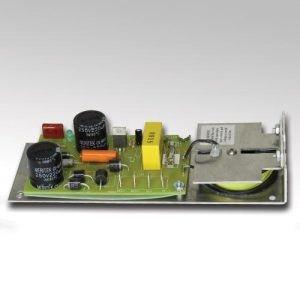 Problem: Multiforce Systems turned to Zero Surge to help protect its FuelForce automated fueling systems from the potentially devastating impacts of unexpected surges. FuelForce controllers are located on fuel islands outdoors where they are susceptible to frequent power fluctuations on a daily basis. Additionally, the controller is typically configured to turn on and off ½ to ¾ horse powered motors located inside the fuel dispenser, essentially creating and exposing the system to its own transient power surges.

Solution: By utilizing Zero Surge’s OEM open chassis modules, Multiforce was able to effortlessly integrate surge protection directly into the electronics of the controller, offering its customers total peace of mind when it comes to quality surge protection. “As Director of Engineering, I’m responsible for the design and manufacture of all FuelForce systems, and after analyzing previous models, I soon realized that surge protection was not incorporated into our controllers – a problem that needed to be addressed immediately. Considering the demanding applications for which FuelForce is utilized and the electronics that needed to be protected, only the most reliable, highest performance surge protection would do. Zero Surge was the only option for us. Since incorporating Zero Surge’s high-performance surge suppression technology into our fuel controllers, we have had no reported failures due to power surges. Multiforce now uses approximately 350-400 units per year in its fuel controllers and any new design moving forward will definitely include Zero Surge technology for power protection,” said Barry Wennagel of Multiforce Systems. 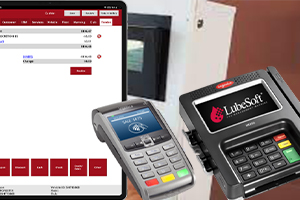 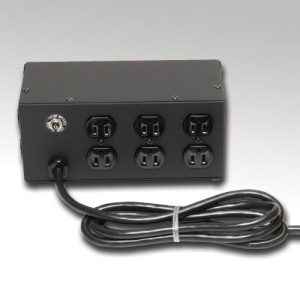 Problem: Computer and other point of sale equipment were getting damaged by surges generated from the cycling on and off of motor driven equipment inside the garages.

Solution: A plug-in 8R15W placed ahead of the computer and POS equipment to filter the damaging surges and noise disturbances from the power line solved the problem. According to Darren Ball, Hardware Services Manager at ISI, “I cannot imagine how many computers alone we have saved with this technology. In all these years, there have been absolutely no surge-related failures of equipment protected by the Zero Surge power quality filters.” ISI has been a valued added reseller since 1991. Thousands of fast lube centers and car washes across the United States depend on Zero Surge protection every day. 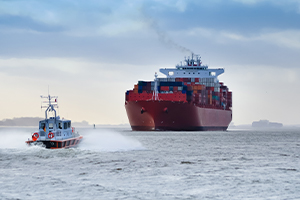 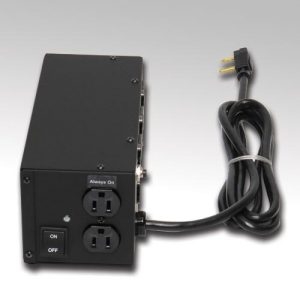 Problem: Catastrophic shipboard fires caused by typical surge protectors containing metal oxide varistors (MOVs) prompted The Coast Guard to issue a safety alert on the use of surge protective devices (SPDs) aboard vessels. A review of surge protection appropriate for shipboard applications was recommended with attention given to how the devices use the ground line when handling the surge.

Solution: Zero Surge’s series mode filter technology does not use the ground line and has a proven track record in the maritime industry of superior surge protection without the risk of failure or fire. Moran towing installs the Zero Surge 2R15Ws and 8R15Ws on the IT equipment in the pilot houses of their tug boat fleet. 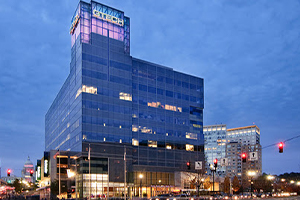 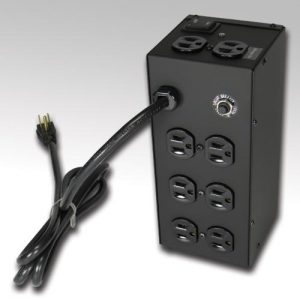 Problem: High profits from a new Keno roll out made downtime from surge damage to equipment highly undesirable. Even dispatching replacement machines in high volume locations meant lost sales for a minimum of several hours.

Solution: A modified Zero Surge 8R15W with a 15 ft. cord was specified and installed into Keno locations over the course of six years to eliminate surge related downtime. The result was no surge damage, no failures, no lost sales. 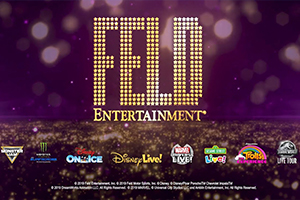 Problem: The 30 amp uninterruptible power supplies (UPS) used for the sound systems were suffering surge damage and premature end of life of the batteries. The high cost of lost equipment and downtime necessitated a new solution.

Solution: Zero Surge’s 1R-2U-30T-120 was put ahead of the 30 amp UPS to remove the damaging surges and EMI/RFI noise disturbances. This has resulted in increased UPS battery life and uptime for a company where “the show must go on.” 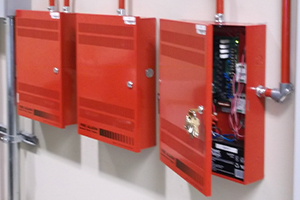 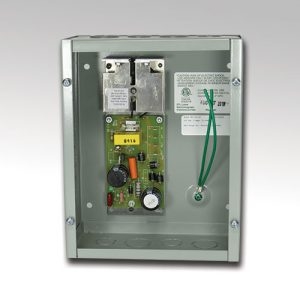 Solution: Zero Surge’s FF1-20W-120 Facility Filters were specified into the application in 2005 and hundreds of units have been installed yearly since then. 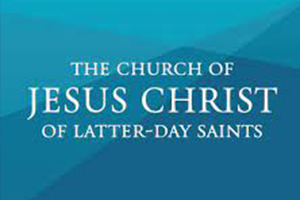 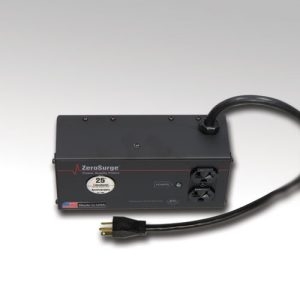 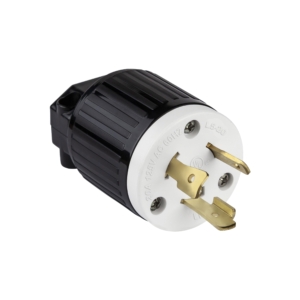 Solution: Zero Surge semi-customized its 2R20W series with a special NEMA-L5 locking plug to fulfill the customer’s requirements. Several hundred units were installed in key locations throughout the United States.